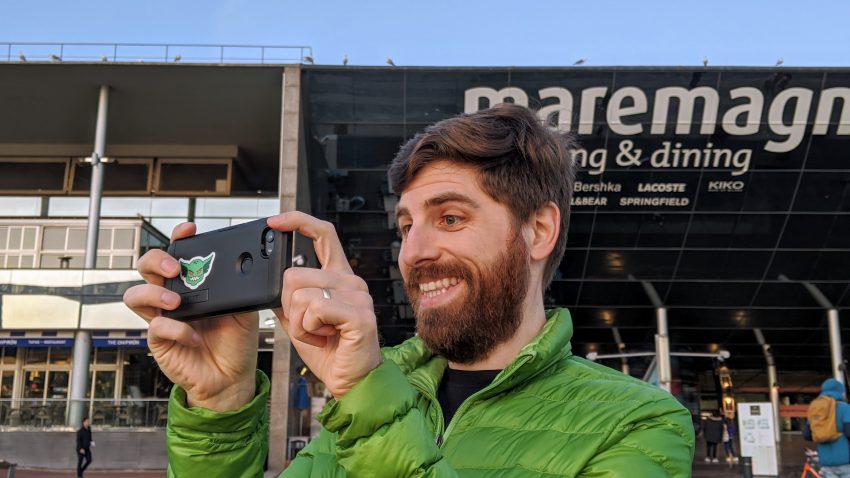 As most folks know, I’m a bit of a car fan. One of my favorite things about traveling outside the US is seeing cars that we don’t have at home. So without further ado, here are some of the cars I’ve seen lately that are I thought were cool.

This is a cheat because I actually saw it in San Francisco the day we left, but it was too good of an example of the classic Mini to pass up.

This little hatchback doesn’t look like much to my eyes, but I like how much the owner has tricked it out.

This is a car I’d had my eye out for. It’s the sort of thing I wish sold better in the USA. It’s a reasonably priced good looking 2-seater that has a neat bubble roof that adds down

I’m always surprised that people actually buy these sorts of cars. It’s expensive, impractical, and not terribly pretty, but to each their own I suppose.

I love the color of this car, especially given the current US trend of grey/black/white being the main car colors. I also have found that the current batch of Renault’s have very pleasant lines. #MakeCarsColorfulAgain

This is a funky car. I have no idea why it has bumps on the side of it and I suspect the people at Citroen don’t either, but bless them for selling something weird.

The owner of this car has managed to make a bad car worse. #TerribleIdeaGreatExecution

This is another car I had an eye out for. I love the look of it, especially in this color scheme. I wish we sold things like this in the USA. Perhaps if Smart had brought this over they would still be selling cars in the USA.

Honda only sold the sedan version of the civic for this model in the USA. I like the bubble back hatch and think it’s a big improvement over the sedan of this model.

This is such a pretty car! I recommend everyone go out and buy one immediately, just don’t search for maintenance issues before you do.

I dig the boxy design of this era and think this is a nice example.

A classic in the EU. It’s basically the VW beetle except worse in every way. On the plus side though, this wasn’t the brainchild of Adolf Hitler so there’s that.

This is the (reasonable) car that I’ve seen abroad that I’d most like to own. It looks good, comes in nice colors, and seems like a good practical size.

I have no idea what this is. It looks like a (nearly) life sized micromachine. Also you can see Erika humoring me.

This thing looks like what I what I want a modern SUV to look like, rugged. Also I dig the snorkel, but I’m not sure its needed in the Sahara (AKA the worlds largest desert)

This is just a reskin of the Chrysler 300c. Mostly I was just amazed that anyone would try to drive it around Rome seeing as it is huge and their streets are not.

For the record I think this is a bad color, but I appreciate that this guy/gal had the pick of all the colors of the rainbow and ended up here. #MakeCarsColorfulAgain

I saw a couple of these around town, they seem to be powered by a single cylinder diesel engine. I’m not sure why they exist, but I’m sure they are easy to park at least.

This actually took me a ton of time to identify since it didn’t have a badge anymore. Mostly I had forgotten that Toyota used to make fun cars. Hopefully the new supra brings them back to cars like this.

This car looks mean but in a good way, like he would be the kid on the playground in a leather rocker jacket that is actually a great friend to have around.

The Jag (in Jeremy Clarkson’s voice). I like their modern cars, but this may have been their peak of cool understated design.