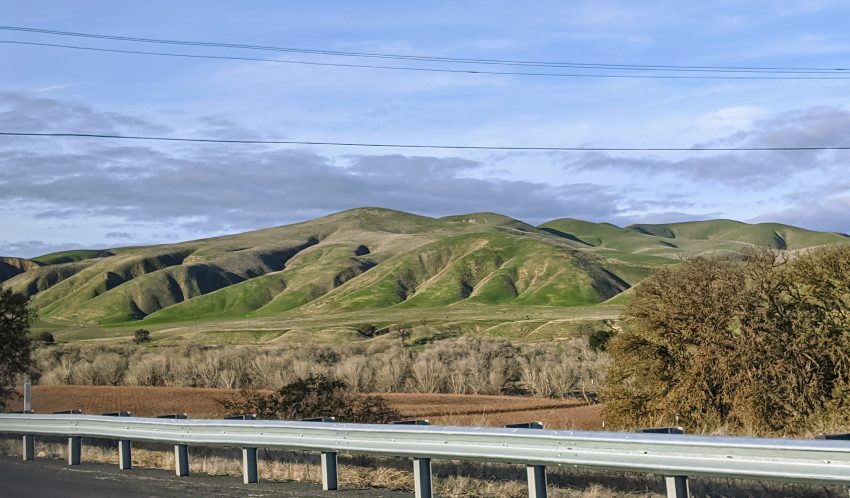 As of the middle of this month, Daniel and I are officially homeless. It feels a little weird to submit a change of address where the “new” address is your parents’ home. It feels even weirder to put your suitcase and backpack in the back of a rental car and realize that that is everything you are planning on using for the next year. But what’s really strange is when people on the road ask, “where do you guys live?” and to not have an answer.

For the last three months we have been slowly selling off most of our larger furniture, and going through our closets and donating lots of clothing. I wrote “we”, but if I’m honest, it was Daniel who did all of the selling. Using a combination of Craigslist, flyers he posted in our apartment elevator, and Facebook Marketplace, we sold more than half of our furniture. That included our car, a six person dining room table with chairs, TV monitor, my desk, three couches, side table,  coffee table, dresser, rug, 15 houseplants, kitchen island, giant bookshelf, wall shelves, Daniel’s bike, my electric keyboard, a wire pantry rack, and lots of miscellaneous appliances.

Here’s what we learned about selling your possessions:

Even after all of this we had quite a bit to pack. I really, really hate packing. In the six-and-half years since I’ve been out of college I’ve moved five times and it gets worse and worse every time. This is because over time you start to accumulate more and more things (I moved into my first apartment with everything I owned in the back of my Mini Cooper, so that was a pretty easy move) and what you do own gets nicer and nicer and you’re less okay with it getting damaged in transit.

I have no tips on how to make packing better. Just don’t do it? Stay where you live until you die? Maybe if you want to spend the $$ and pay a team of movers to pack for you? I have no idea. I used to think that those people who spent their entire life living in their childhood home were kinda sad and strange but now I realize that they were just too smart to be suckered into the moving-box lifestyle.

The only good thing about having to pack everything is it’s a good way to comb through what you own and get rid of all of the useless crap you’ve been hanging onto. All of those old pilled-up sweaters, chipped cups, lone socks (so many! What happens to those other socks?) and work-related T-shirts can be dumped without the normal anxiety of “maybe needing it someday.”

Daniel and I rented a 20 foot U-Haul to tote all of our boxes down the coast to my parents’ place where they were letting us use an empty bedroom for storage. This was very kind of them, and saved us a fair bit of money, because after doing some research I have come to the conclusion that self-storage facilities are a racket. They’re expensive, and they offer absolutely no guarantees that they will keep your stuff safe from the elements/thieves/anything. It seems like you might as well dump your stuff on a vacant lot somewhere with a tarp draped over it, and it’d be just about as safe as in a storage facility.

Renting a 20 foot U-Haul for a 400 mile one-way drive over three days was surprisingly cheap. Getting the city of San Francisco to reserve two metered spaces outside of our apartment so that we could load the truck was surprisingly expensive. Three hours of two parking spaces is almost as much money as three days and 400 miles of U-Haul. We did pay two movers to help us load the truck, which was great. I’ve moved myself too many times not to take my pain-free back for granted. It was still exhausting though. We were all packed and on the road by 11 am and I was ready to take a nap.

U-Hauls are difficult to drive, especially if you are used to driving a much smaller car. To be intentionally vague, we discovered this fact the very hard way. At this point in my life I have been a passenger in three two-car accidents. All of them have been very minor, but two of them have involved U-Hauls. My advice is to give U-Hauls a wide berth if you see them on the road, and be very careful driving them.

The rest of the trip was uneventful. We drove down, got in late, and spent the next morning unloading the truck. My parents live on ten hilly acres outside of Carpinteria, a small town near Santa Barbara, and the bedroom we were storing our stuff in is actually a “guest house” — sort of an in-law unit behind the main house. I actually used it for my bedroom in high school.

The hardest item to unload was, as we had expected, our nine-foot, green velvet couch. Daniel tried to convince me to sell it along with our other couches, but it is my favorite piece of furniture and I refused. We bought that couch as part of a compromise; when we got married I agreed we could live in San Francisco (I was in Oakland at the time) on the condition that we bought a green velvet couch. It’s a beautiful piece of furniture but it’s very long and heavy. We had to have my dad help us carry it, and do quite a bit of maneuvering to get it though the guest house door.

And that was basically it! We crammed all of our stuff into the guest house, dropped off our truck the next day in Santa Barbara and were on our way!

1 thought on “Moving Out”