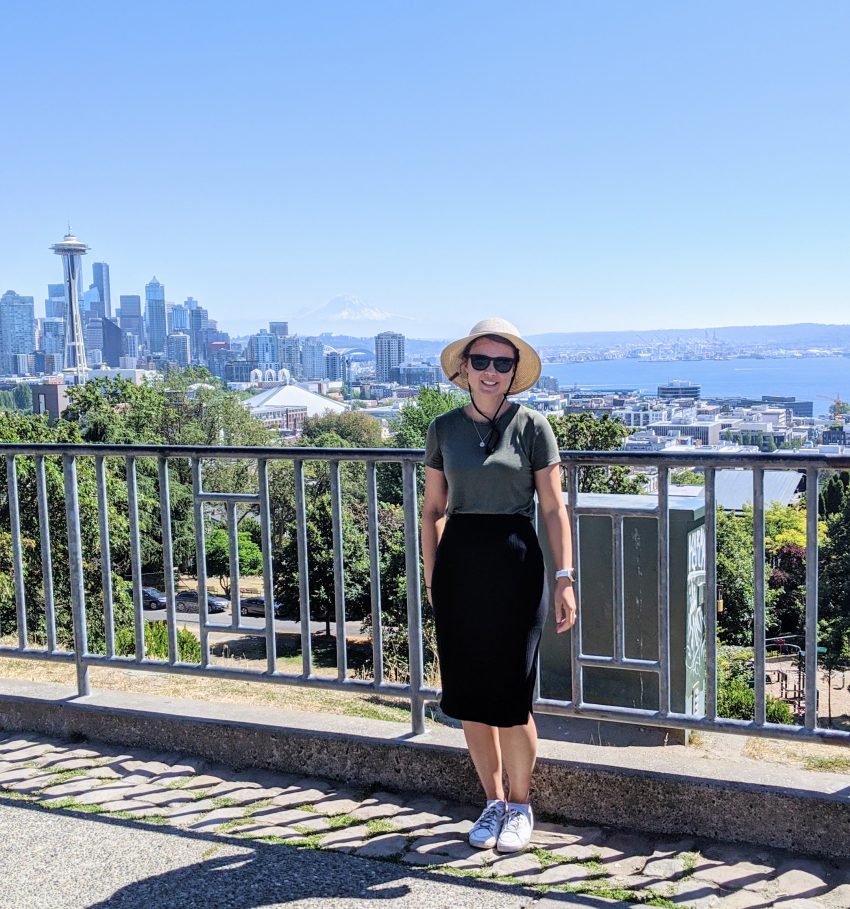 While Daniel and I were in Elk City the shop where we’d left our car after our incident with the rock called us to let us know that it was totaled. Honestly, I was pretty surprised/disbelieving of this. We had been pretty sure that the only damage was to the oil pan, which we’d hoped would be a quick and inexpensive fix. How driving over a rock could total a nearly-new car is a mystery to me. However, since our car was stranded in the middle-of-nowhere Wyoming and there was a pandemic underway, getting a second opinion wasn’t possible.

Our insurance agreed to pay us out for 20% more than the estimated value of our car, which we’d bought on the cheap in the first place, so monetarily we were fine. (We actually made a fair bit of money.) On the other hand, now we were in the middle of a multi-month cross-country road trip and had no car, which was not good.

It was also just plain sad. That car was by far the nicest car I’d ever owned (not that it had much competition) and after riding in it up to eight hours a day, seven days a week, for months, I’d gotten attached to it. RIP Mazda 3. You were a good car. Maybe I’ll get another one someday.

Anyways, Daniel and I had to come up with Plan B. We had already booked an apartment in the Seattle area. And since we had to drive back to Wyoming anyways to return our rental car, we decided to fly from Cody to Seattle.

So, we drove back through Montana to Wyoming. We spent the night in Billings, Montana, which was a cute little city, and the next afternoon we caught a flight out of the tiny (two gate) Cody airport.

Daniel and I immediately noticed that airport traffic had picked up quite a bit since the last flight we’d taken back in May, when the airports had been ghost towns. Also, the city of Seattle was busy; the weather was beautiful and everyone was out and about. We went to Pike Place Market and walked through the crowds along the waterfront. After almost a month spent in sparsely populated areas it was almost shocking to see so many people and so much activity.

We spent only a couple of days in Seattle, and then moved to an AirBnB in Snoqualmie, a smaller suburb in a more rural area about a half an hour out of the city. We stayed in a guest house on a property that had chickens, ducks, and two alpacas. Alpacas might be the world’s cutest animals. While we were there Daniel spent a lot of time doing phone interviews, and I spent a lot of time waiting for the alpacas to come up to the fence so I could get close to them.

In Snoqualmie we hiked almost every day. Daniel, who had never been to the Pacific Northwest before, was in awe of the big trees and the ferns that grew under them. We also saw Snoqualmie Falls, which was very impressive.

One day we drove to Mt Rainier National Park. Mt Rainier is a beautiful place to visit. It’s a mix of forests, lakes, and mountains so you see a little bit of everything. It was a little surreal seeing snow in the summer. Daniel and I did a short hike to the prettiest lake I’ve ever seen.

From Snoqualmie we went south to Vancouver, Washington, which is just across the state border from Portland. We were there for nearly a week, but to be honest we didn’t see very much of the city. Daniel was so busy with interviews that we didn’t have much free time.

One thing we did see was the Portland Rose Test Garden. It was amazing and I highly recommend it. I have never seen so many different types of roses in one place. There were all kinds of strange varieties that were new to me–there were big huge roses, teeny tiny ones, climbing vines, variegated and multi-toned flowers. I spent almost two hours walking up and down through all of the roses until Daniel put his foot down and insisted that we leave.

When we had to decide what we were going to do after seeing Washington we decided to fly out of Washington to Santa Barbara, CA instead of trying to drive down in a rental car. (Rental cars are $$$, and the car insurance was no longer covering it.)

On the way back to Seattle we took a detour to Yakima Washington where my grandma and aunt and uncle live. They were nice enough to invite us over for dinner and we were able to socialize with people other than each other for the first time in about a month, which was a pleasant change of pace.

Yakima is across the Cascade Mountains from Portland and Seattle, and once you cross the range the landscape changes dramatically. Eastern Washington is warmer and drier, with some areas qualifying as desert. In this area there’s lots of agriculture. Daniel and I passed several apple orchards, many of which were getting ready for picking. Eastern Washington also grows hops and cherries. There are lots of fruit stands and the best part of this drive was stopping at them for fresh apple juice.

While we drove from Vancouver to Yakima we started to see some heavy smoke that seemed to be coming from a fire. We didn’t think too much of it, but later it turned out that it was part of the huge wildfires that were just starting on the West Coast.

Washington was very green and pretty while we visited. Unlike the South which is a bug-filled sauna in the summer, we probably saw Washington at its best time of year. Daniel loved this state. Maybe it was just because he’d never visited before and it was new, but he was ready to move here.

After Washington we headed back to California to hunker down for a bit to finish interviewing and regroup on what to do next.