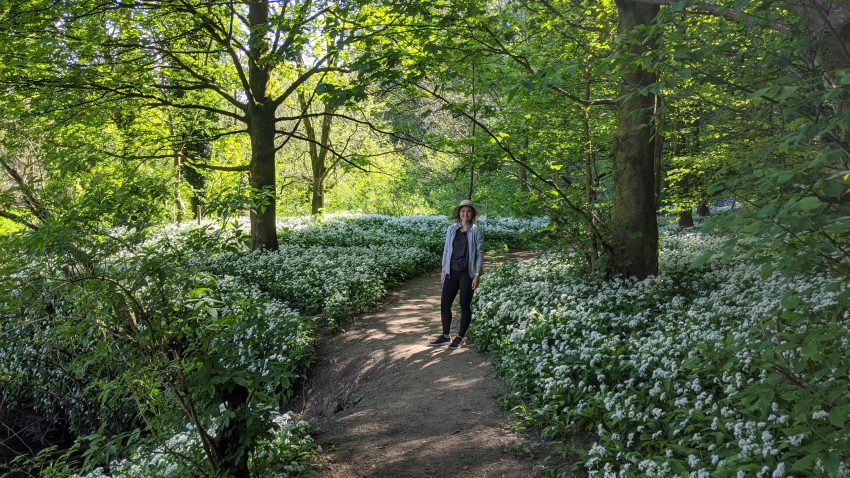 Deep Space Nine is my favorite Star Trek series. In my opinion, it’s underrated and overshadowed by The Next Generation and Voyager. Deep Space Nine was ahead of its time, the linear story arcs that the writers used in the show wouldn’t become popular in television until ten years later, and its treatment of moral gray areas was new territory for the Star Trek franchise. Also, Erika had never seen it before. So we’ve been watching it together. My only warning for anyone who might be trying to get into it is that the first season is pretty meh, but it becomes a lot better afterwards.

2. Reading The Hobbit with Erika

Erika is reading The Hobbit aloud to me from her kindle. We’ve been doing a chapter a day, which is all she says she can take before her voice hurts. It’s my first time visiting the book since middle school, so it’s been interesting to see how it strikes me as an adult. Also, reading The Hobbit in the rural UK seems very fitting.

This is a short, seven episode, podcast series on WeWork. It interviews former employees and covers the formation of the company up through their failed IPO and growing financial troubles. I listened to this entire series in two days. Since I used to work at San Francisco startups and am familiar with the culture, there were many parts of this series that struck me as familiar in unpleasant and entertaining ways. Overall, I thought it was an interesting and well-made podcast.

Since coming into the UK where the concept of “Sunday Roast” is a big deal, I’ve gotten into making pot roast. This is a good quarantine activity because a roast needs to cook for upwards of 9 hours. I cook it similar to the way my mom would make “protestant dinner” when were were growing up. It is a big hunk of beef (usually brisket, shoulder, or rump) with potatoes, carrots, and onions. I add in a sprig or two of fresh rosemary, black pepper, salt, worcestershire sauce, tomato paste, red wine, and beef broth. I roast it in the oven until everything is super tender and the sauce reduces to about 1/4th it’s starting point. Delicious!

5. Discovering a love of jigsaw puzzles

I always thought I didn’t like doing jigsaw puzzles. Then I got quarantined and now I’ve done four of them. They’re great for passing the time and they give you something to do with your hands when you are listening to podcasts.

2 thoughts on “What I’ve been Loving in Quarantine”